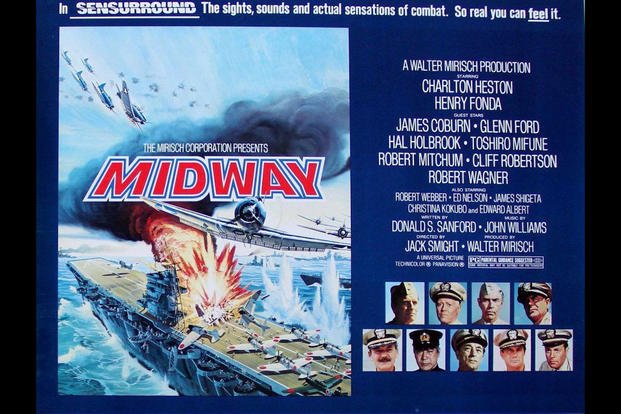 I have not yet seen the 2019 'Midway'. Only the trailers and early reviews. I did see the 1976 'Midway' in the theater when it was released. I was at "Jump School" at Fort Benning, Georgia. It was the night before the first jump and a group of us (thinking it might be the last thing we ever did) decided to go the movies. The movie itself was a C+ to B- at best but it was entertaining. Over the years the 1976 version has been credited with being one of the most historically accurate WW2 movies and that may be enough to give it a look see. 1976 'Midway' was the second movie to use the audio presentation known back then as "Sensurround". This was supposed to give you the "feel" when bombs went off and planes crashed. Most of us thought it was more like big bass speakers pointed down on the floor. You could feel a little something.