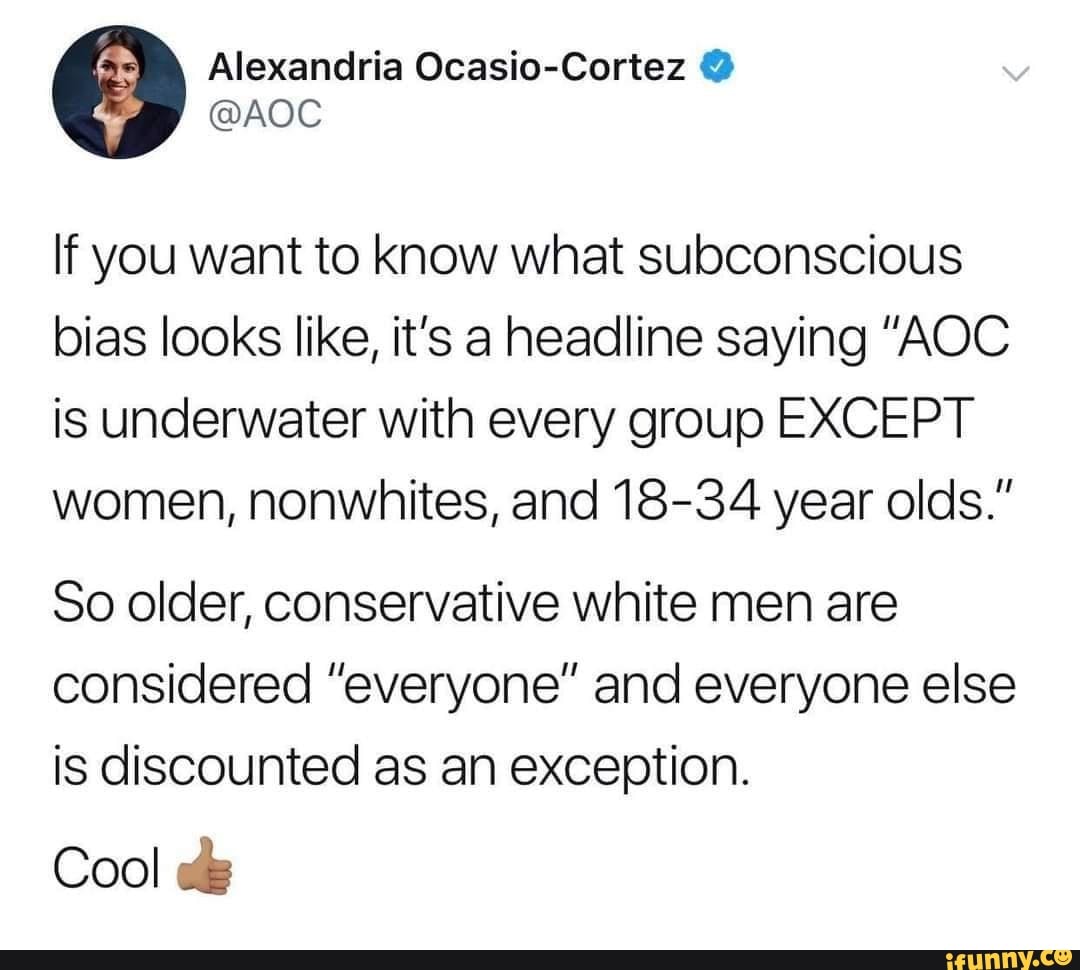 Media bias on the right still suggests the only people who count are old white men as AOC pointed out.

My problem with Hollywood isn't that they want a female Doctor Who or female Ghostbusters or a female Captain Marvel - my problem is with bad writing! Plenty of crappy movies with a white male hero and a bad guy who was black or brown. If you write it well it doesn't matter!

Killing Eve is a series with an Asian Brit chasing a soulless evil female serial killing hitwoman. No problem here with a female cast with a female minority lead and why? Because it was written the same way if they were male characters - their race or sex had nothing to do with the story - not really.

Why Doctor Who sucks is not because they cast a female Doctor but because they hired non-sci-fi writers and they didn't do the character justice. The Doctor was always largely a sexless character - it was established in the 1970s that he could be a she. It's just bad writing - and yes some dumbass male bashing.

But I am also tired of reading about a bunch of snowflake white men constantly WHINING about feminism. All these dumbass Proud Boys who couldn't land an intelligent sexy woman to save their life. LOL.